A new chapel was built on the same site in 1758, at a cost of £1,145. The new chapel had a floor of bare earth, so that people could be buried under the floor itself, until eventually the bodies crowded only a few inches below the surface. It seated 648 people.

In 1779, the Rev Lancelot Bellas became the minister - a Saddleworth preacher who was the popular choice of the village. He was in Marsden for 36 years, 1779-1815, gaining a reputation for eloquence and his drinking habits. He left such an impression that Marsden was nick-named, Bellas Town. 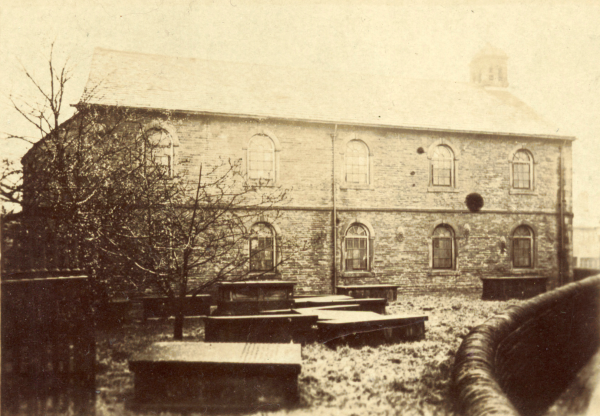 In 1798, Black Fever killed 15% of the population. There wasn't enough room in the churchyard for the bodies, so its level was raised three feet by carting soil from Clough Lea.

The site of these chapels was over the road from the present church, and some of the foundations and gravestones can still be seen.

By the 1840's the overcrowded graveyard was becoming a danger to public health, so the present churchyard was bought, and the old one was closed in 1852.

Money was collected for 40 years for the building of a new church, and it was built in 1895. The old chapel was sold for £60, and pulled down.